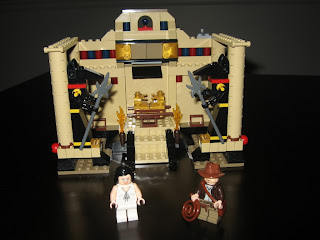 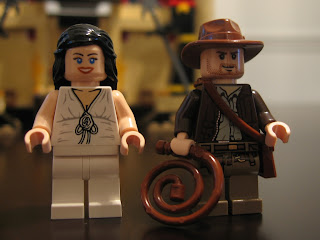 Posted by Mr. Shiny and New at 6/22/2009 10:30:00 p.m. No comments:
Email ThisBlogThis!Share to TwitterShare to FacebookShare to Pinterest
Labels: LEGO, Reviews

I recently installed Fedora 10 on my media PC. That was the hardest Linux installation I've ever done... until now. Just when I thought Fedora's installer couldn't get worse, it did.

The problems begin when Fedora's installer doesn't know how to start graphical mode on my media PC. You'd think that by now a computer connected to a TV would be one of the things that just works, but sadly, it doesn't. Even the basic VESA driver doesn't work for me. My TV output works fine with the nVidia binary driver, but I don't think there's a way to install the nVidia binary driver during installation, and thus I have to use the text-mode driver.

Well, Fedora is well on its way to having the industry's most useless text-mode installer. The Fedora 10 installer stupidly broke my system when it upgraded Fedora 8, and so I wasn't going to take chances and upgrade again; I wanted to do a fresh install. The installer provided me three options:
Well, using the whole disk is out, and using the Free Space is out because I have no free space, and upgrading is out because I want to keep 10 working until I am sure 11 is ready for me to use. Where is the option to repartition?

It was at this point that I should have turned back, but I decided to tough it out. I switched to the second virtual terminal and manually deleted my unused Fedora 7 partition using fdisk. "That should do it," I thought. WRONG. 28GB wasn't enough space to install, according to the installer. So I grudgingly deleted my Windows XP partition, which was unused on that computer. This freed up an additional 120GB and then the installer was happy to continue.

The installer asked me one more question: "What is your root password"? After typing that in, it said "Making filesystem... done. Installing software... done. You may reboot."

Where did my network setup go? Where did package selection go?

Ok, well... maybe the installer is two-stage and a second installer will start after I reboot?

Nope. Turns out that's all there is: The installer installed the base packages and nothing else. Well, I guess I can set up my wireless network card now... nope, wireless networking packages were not installed. Ok, let me start the X gui: nope, X isn't installed. Hm, let me install software: nope, the yum command-line tool doesn't know how to install from the DVD.

What is going on here?

Fedora's installer
And even though the installer knows I have a Fedora 10 installation that I didn't overwrite, that I took great pains to protect, it didn't set up a grub entry for it, so the system only boots into Fedora 11 and doesn't offer any other choices.
Maybe the graphical installer would work, but the only monitor I have for this computer is a TV (my other computer is a notebook). Maybe I could use the VNC install, but the wired network is in a different room from the TV, so I can't see what I need to type to set up the vnc install. And the worst part: The text-mode installer doesn't explain, at any point, what it is doing or what other options you have. A single help screen, saying what the text-mode installer was capable of, and notifying me of the fact that I am out of luck using this installer, would have saved hours of aggravation.

So far I've managed to get things working bit by bit by moving the computer to the room with the wired network, typing blind to log in and active the network card (why isn't it on-boot? sigh), and then ssh'ing from my notebook into the computer. At that point I can at least install packages from the network and see what I am doing. But it should not be this difficult! I've been using Linux for 12 years and it seems things have started getting harder, not easier.
Posted by Mr. Shiny and New at 6/18/2009 09:30:00 a.m. 1 comment:
Email ThisBlogThis!Share to TwitterShare to FacebookShare to Pinterest
Labels: Computers, Linux, Usability

Google for your home

Google has a number of products that let you optimize your website. These products work reasonably well and are more or less free. I think it's time they expand into products for your home.

First, Google Analytics needs to branch out into Home Analytics. It could help you keep track of visitors to your home, how long they stay there, what rooms they go into, what languages they speak, that sort of thing.

Once you know who your visitors are, and how they spend their time, you can optimize your home for visits. You could set up goals and use goal-tracking to see if your visitors are reaching the goals, and you can track how changes you make affect their rate. One goal might be helping your guests find drinks in your fridge. Many teenagers are capable of finding food/drink anywhere you hide it, but older guests might require more prompting. 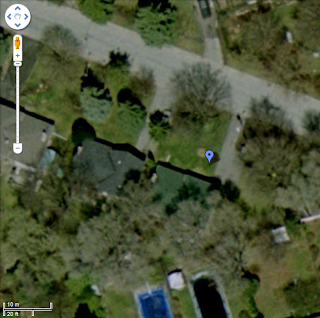 Google maps and Google earth provide a bird's eye view of your property. What's needed is for this to be real-time, so that you can see if the roof needs servicing or if there is a car in your driveway. Also a Google Map of the inside of your house would be useful too. This could be integrated with Search so that you can find the remote control.

Google Search needs to be able to find stuff in your house, as well as answer questions for you. A common problem in my home is the multiple-memory problem; everyone remembers the time my brother put the thing into the toilet, but we can't remember when. Google Search could cross-reference this with your other memories and reconstruct the timeline using MemoryRank and other heuristics. Also Google Search could find the receipt for your new DVD player because it's broken and you need to exchange it under warranty.
Posted by Mr. Shiny and New at 6/05/2009 04:00:00 p.m. 1 comment:
Email ThisBlogThis!Share to TwitterShare to FacebookShare to Pinterest

First of all, there are no distinct words for numbers bigger than 10 (十), until you get up to 100(百), 1000 (千), etc. This makes it easy to remember but conversely more confusing to hear for me. For example, the word for "twenty" is actually pronounced as if you were saying "two ten" (二十) in English. But this means that a word like 74 is prounced "seven ten four" (七十四). This is fairly logical and easy to understand, but because I'm still getting used to this I have to first hear the individual numbers and then recombine them in my head to form their actual values.

It gets harder as you get to larger numbers. First, there are words for 100 and 1000, but there is also a word for 10,000 (万). 100,000 is ten-tenthousands (十万). This means that you have to group numbers by 4 digits instead of 3: The number 300,223 isn't "three hundred thousand two hundred twenty three", it's 30'0223 - "thirty ten-thousands two hundreds two tens three" (三十万二百二十三). This makes it hard to convert the numbers unless you've totally internalized the different representations.