Collapsing sand kills more people than sharks. A father-son team examined reports of deaths due to accidents involving sand, typically at beaches, and found that in the period from 1990-2006 16 people died from sand holes while only 12 died from shark attacks. 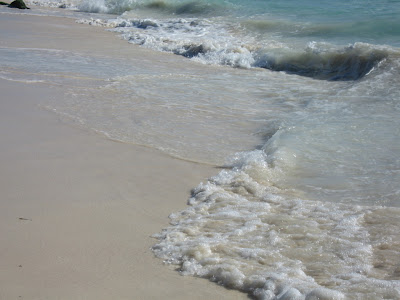 The danger lies in a victim being buried by sand when the walls of the hole collapse inward. For shallow holes this isn't a problem but a teenager died when he fell into a deep hole dug by another beach-goer. Rescuers made the problem worse when they caused the sand to fall inwards, burying the boy for several minutes.

Ironically this danger is virtually unknown. This is probably because shark attacks and other similar threats are more exciting; Spielberg's movie was called "Jaws", not "Sand", and even the movie "Dune" didn't feature collapsing holes. Yet the math shows the truth: more people die in sand accidents than shark attacks. And you thought you were safe if you stayed out of the water.

Posted by Mr. Shiny and New at 6/30/2007 10:00:00 a.m.
Email ThisBlogThis!Share to TwitterShare to FacebookShare to Pinterest
Labels: Current Events